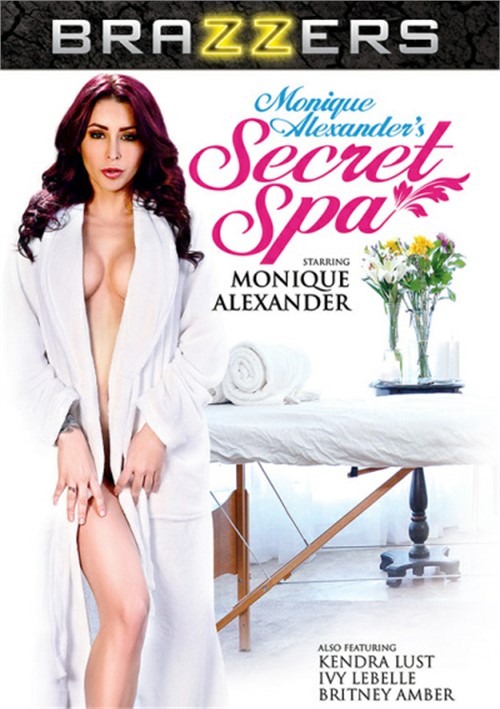 I was doing some cleaning and re-arranging in my bedroom and came across this DVD in my collection. It's from 2017, back when I was still buying physical DVD's, and I gave it a rewatch today and then figured I might as well write a little review for this new blog of mine.

Monique plays a married woman, named Monique, who in the opening narration says that she's been married for 7 years and still loves her husband (who is unnamed, and uncredited, so I don't know who the actor is), but that she's gotten bored as they're apparently childless and she just hangs out by herself in their nice large house all day while her husband is at work. So she gets the idea to resume her previous job, which was working as a masseuse. She just wants to do it part-time in her home. Her husband agrees and she sends out an ad to receive clients.

Her first client is Xander Corvus who arrives, gets undressed and puts a towel around his waist, and gets on the massage table that Monique has set up in her living room. Despite the love she said she has for her husband, it doesn't take much for Xander to seduce her. She starts massaging his chest but he quickly gets an erection that tents his towel. He takes it off and starts stroking his cock in front of her, and although Monique is taken aback at first, she doesn't kick him out or tell him to stop and the next thing you know he's kissing her.

Next scene Monique narrates that it's several days later and she feels guilty for cheating on her husband like that and vows to never do it again. And just to be on the safe side she's decided to only accept female clients from now on, and we see her massaging her newest client Kendra Lust.

After some brief massaging Kendra's husband Keiran Lee shows up and watches for a minute, before asking for a massage too. At Kendra's urging Monique agrees and Keiran gets naked and on the massage table and Monique starts massaging him, but then Kendra joins in and encourages Monique to get more intimate until both women are stroking his cock.

After this Monique's resistance has faded away as she tells us that she realized that she could make a lot more money by offering sex with her massages, and we see her with her latest client Danny D. He's naked on the table, with the towel around his waist and she's rubbing his back as her husband walks by and says goodbye as he's heading off for work that morning. As soon as he's out the door Danny turns around and Monique takes his towel off and starts blowing him. But as they're getting into it they hear her husband coming back in, shouting that he forgot his keys. Monique quickly covers Danny with the towel again as he comes through the living room saying he's going to get his keys in the bedroom.

So the sex scenes are all hot and shot well. Monique Alexander is the featured star with the most scenes, and she looks incredible, and is either really enjoying each scene or is a very good actress. She's particularly good at the dirty talk while she's fucking. As I mentioned, Kendra Lust is my favorite, and she is always awesome in everything she is in. Ivy Lebelle and Britney Amber are also extremely sexy women who look in their scenes. In terms of sex appeal and performances, there is no weak leak on this DVD, each scene is a winner.

So this DVD is definitely worth checking out, but the glitches in the three scenes where they cut out prevent me from giving this a perfect 5 stars. But it warrants a Chacebook rating of FOURS STARS