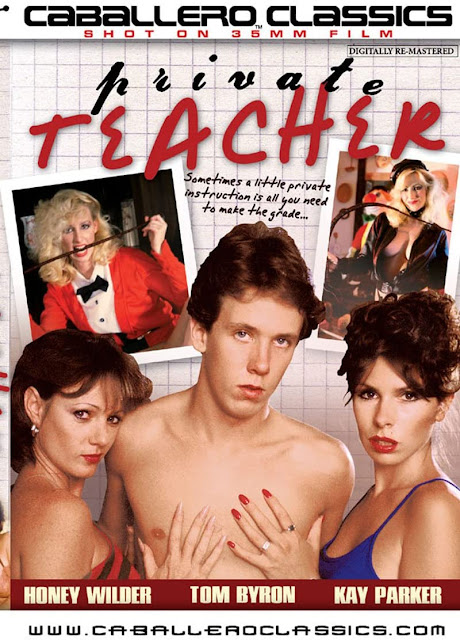 Diane is concerned because Jimmy is extremely shy, and spends most of his time alone in his room studying, or so she thinks. What she doesn't know is that most of the time he's in his room he's actually using a large telescope he has to peek out of his window and look into the home of Diane's next-door neighbors, Debbie and Tina (Joanna Storm and Laurie Smith- who is credited as Stephanie Taylor), who are a couple of sexy flight attendants who frequently have various men come over to have sex, in scenes that usually involve costumes and roleplaying, when they're home.

After this, Lillian leaves, with Jimmy now being a lot more confident, and Diane is impressed when she gets back and sees how Jimmy is (but unaware of how Lillian accomplished it). Now, instead of just spying on Debbie and Tina, Jimmy goes over and introduces himself, and they all have sex.  That night Diane is concerned when Jimmy hasn't come back home and along with her friend Marsha (played by Janey Robbins) goes over to Debbie and Tina's house to see if they've seen him, and they find Jimmy alone, sleeping in the living room with no shirt on his jeans unzipped with his hard cock sticking out. Marsha is immediately turned on and starts sucking Jimmy's cock, despite Diane's protests, and when Jimmy wakes up asking what's going on, Marsha humorously replies "you're getting your cock sucked, kid." And then she takes her dress off, pulls Jimmy's pants off and then sits on his cock and fucks him in reverse-cowgirl moaning about how good it feels while Diane sits and watches in horror.

But overall this was an excellent film. As I said, Byron plays the shy young man character perfectly, as Wilder and Parker play their sexy older women roles. Even Robbins, although actually a year younger than Byron at the time, plays the older woman very well. In addition to the three scenes with Byron, Honey Wilder has two scenes with Eric Edwards, who plays the actor she sees on TV, and then later she meets him in Vegas where he's working as a masseuse that she hires. Storm and Smith have a lesbian scene together in a bathtub, as well as a funny threeway scene with Paul Thomas who is dressed in a bunny costume, and a four-way with Marc Wallace and Blair Harris.