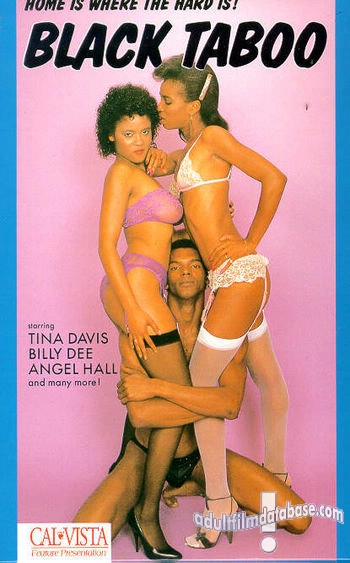 This film focuses on the Richardson family. Ralph Height and Tina Davis star as Cleotus and Veranda Richardson, a married couple living with their two daughters, 19-year-old Theodora and 18-year-old Valdesta (Jeannie Pepper, credited here as Angel Hall, and Sahara). We learn that Cleotus and Veranda have a son named "Sonny Boy" (presumably a nickname, but that's all anyone ever calls him in this film) who was a soldier in Vietnam who has been missing and presumed dead for the past 10 years, but was actually a prisoner of war this entire time and has recently been rescued and is returning home. The parents are ecstatic as the film opens with them fucking in their bed as they repeatedly "praise the lord" that their son is coming home.  Billy Dee also stars as "Uncle Elston", Cleotus' brother, and Marie Lavar plays his daughter Samantha, who come to the house for a visit to help greet Sonny Boy and celebrate his return.

Early on we learn a few things about this family. The daughters don't like their cousin Samantha as they consider her stuck-up, but they do like their uncle Elston because he's nice to them. However Veranda says she doesn't like Elston because he's a "bum," but Ralph points out that Elston and Sonny Boy were really close when Sonny Boy was younger, and so he's the one who's gone to pick up Sonny Boy at the airport and bring him back to the house. Ralph and the girls wonder about how well they'll get along with Sonny Boy because of how long it's been since they've seen him, especially the girls as they were so young at the time but are now grown.

Also, most importantly, we learn that incest is nothing new to this family, as we see Theodora and Valdesta get into an argument about their bodies (flat-chested Valdesta is jealous of Theodora's big titties) which turns physical and leads to the sisters taking turns eating each other's pussies.

Tony El-Ay stars as Sonny Boy. When he arrives with Elston and Samantha there's lot of joy, everyone gives him a hug, he says he's tired and they show him his room so he can relax. But it's immediately clear that something is..."off." Several of them note that they barely recognize him (although both girls admit to finding him very attractive). We see Sonny Boy in his room, where he secretly has a blowup sexdoll that he calls Jodi and talks to as if she's real. Apparently he had this with him in Nam and used it (strange that the Veit Cong would allow that, but whatever). He also notes that he doesn't remember having sisters.

Well, pretty soon the family fucking starts. First Valedesta enters Sonny Boy's room (where he's just casually laying on the bed naked, not bothering to cover up when she enters), dressed in her cheerleading outfit, to show off some of her cheerleading skills for him. This leads to sex.

Uncle Elston approaches Veranda in the kitchen while she's making a cake, and it's revealed that Elston dated Veranda for two weeks before she broke it off to date Cleotus (it's not clear if Cleotus is aware of this), but the chemistry between them is still strong and they have sex.

Then Theodora joins Sonny Boy in his room, ostensibly for help with her biology homework, and they have sex.

Cleotus then joins his niece in the bathroom and they have sex (apparently not for the first time).

Uncle Elston has a three-way with both Theodora and Valdesta.

And then in the final act, Veranda comes into Sonny Boy's room with milk and cookies, and then gives him a massage which...you guessed it, leads to sex!

The twist comes just before Veranda and Sonny Boy finish. As they're fucking in the missionary position Veranda notices that he doesn't have the birthmark on his shoulder that she says he always had. Sonny Boy denies ever having any birthmark, and then he remembers that his mother always had "small titties not big titties" like Veranda has. So they both realize that there must have been a mistake and Sonny Boy isn't really their long-lost son after all. At which point Veranda makes a joke about how Black people "all look alike" and then they both orgasm and collapse in each other's arms.
THE END

I always thought that was an odd plot twist, since it invalidates the incest premise of the film. Still, it was an entertaining film for its time period. I won't say it was particularly "good." The acting is wooden at best, with only Billy Dee doing a decent job. The sex scenes are fine but, well, only Jeannie Pepper is really attractive. She would of course go on to a legendary career in porn, becoming an iconic figure, while Sahara continued to film into the mid-90's without making a major impression (in my opinion) while Tina Davis and Marie Lavar disappeared from the adult film scene rather quickly (as did Ralph Height).