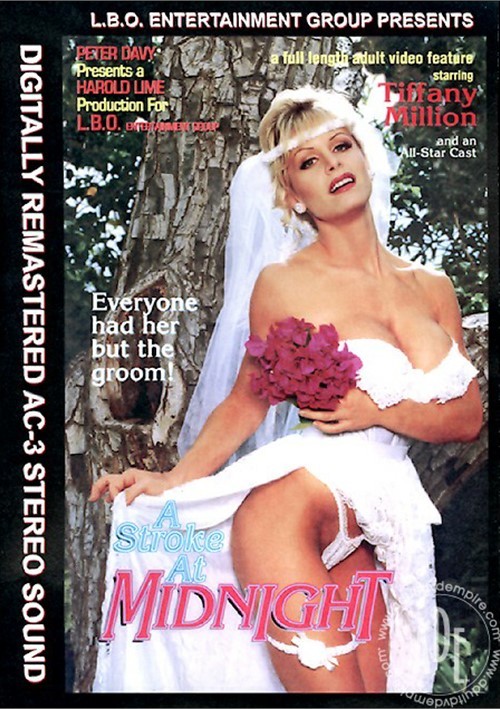 L.B.O. Entertainment Group released this film in 1993, written and directed by Harold Lime, it stars Tiffany Million and Nick East as Piper and Brad, a couple who are about to get married that weekend. They're at a special villa with their wedding party, getting ready for the event. And so we watch in the lead-up to the wedding as the various guests sneak off to have sex with other people, including the bride and groom.

It's not clear at all why Piper and Brad are getting married as neither is committed to the other.

Brad has sex with Piper's mother (who is played by Sharon Kane) and it's clear that's it not the first time that they've done it, and Brad indicates that he doesn't expect it to be that last time either, saying "now that you're gonna be my mother in law, we have a lot of legitimate reasons to see each other."

Sean Michaels plays Brad's Best Man, Mike. He confronts Brad over his affair with Piper's mother, asking him why he's doing this to Piper. Brad just casually dismisses him saying "if you're that concerned about Piper, you marry her", and walks off. Mike breaks the fourth wall looking directly at "us" with a smirk on his face saying "I wouldn't go that far, but I wouldn't mind seeing pretty Piper on her back with her legs spread."

Cut to a scene of Piper outside on a blanket, laying on her back, stretching her legs in apparent yoga moves. Mike walks over to her saying he wanted to check on her, asking if she's sure about going through with this. Piper admits that this marriage is a "major farce", saying her mother pushed her to marry Brad because he's rich, even though she doesn't care about that. Mike tells her she shouldn't throw her life away, Piper says he's sweet and asks him to kiss her, and they proceed to have sex.

I remember wondering why they set up a sex scene between those two and then didn't film it. I thought perhaps it was a timing or budget issue, like they didn't have the money to pay Sean to shoot that scene so they just implied it instead. So of course I was pleasantly surprised but also a bit angry when I eventually got this film on DVD and saw that this scene existed. I suddenly realized that I'd never seen an interracial scene in any films on the Spice Channel, at least not any between Black men and White women, and now it was clear that that was deliberate. They purposely cut out any such scenes, how fucked up is that?!?

Seriously, FUCK YOU, THE SPICE CHANNEL! 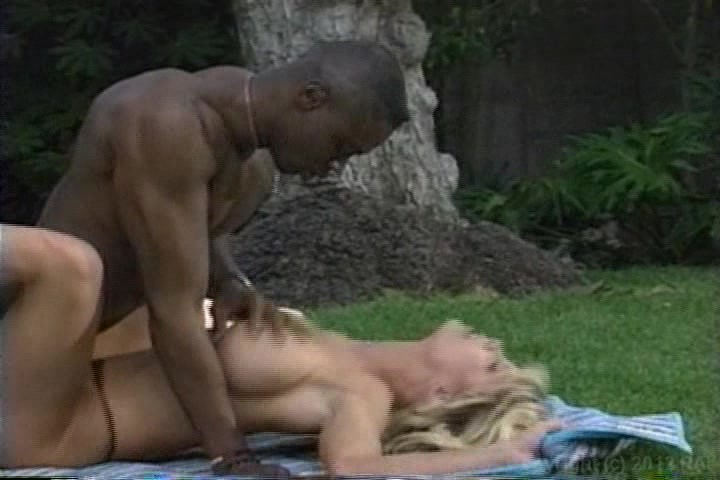 Rebecca Bardoux plays one of Piper's bridesmaids. I think Brad calls her "Murphy", but it's not completely clear (and none of the characters' names are listed in the credits), but it's as good a name as any so for this blog I'll call her that. Marc Wallice plays Marvin, the caterer for the wedding. Brad and Marvin find Murphy sitting alone in a room drinking and ask her what's wrong.  She mentions Mike having the hots for Piper and not having eyes for her whatsoever, and says she's the one who should be getting married but she's "a perennial bridesmaid", never a bride herself. She then starts flirting with Marvin and Brad says he'll leave them alone, but Murphy tells him to stay and join them, saying that after the wedding he'll "only have Princess Piper to sleep with." So Brad stays and he and Marvin and Murphy have a threesome, which includes a DP.

Then we see Piper in her room sleeping on her bed in her bra and panties, and she wakes up as she hears someone coming in, it's Roxanne Blaze as her best friend and Maid of Honor Lucy. Lucy is also in her bra and panties and joins her on the bed. It quickly becomes obvious that these two are more than just platonic friends and have been for a long time. Piper alludes to things changing after she's married, but Lucy says nothing will change, they'll just have to be more careful. Piper says that right now she wants to be anything but careful, and the two of them have lesbian sex.

Then afterward Lucy goes to her room, but finds Marvin in her bathroom, looking for his serving tray, which he finds. She notes that it's 2:30am and she's going to take a shower. But instead, the two of them have sex.

The next day we see the wedding, apparently, there are no other guests just the people we've seen so far, including Marvin who's there with his arm around Lucy, as if they're a couple now. Mike has his arm around Murphy and is grabbing her ass with one hand. We see Brad and Piper kiss (although there's no Priest or anyone performing the ceremony) and everyone claps. 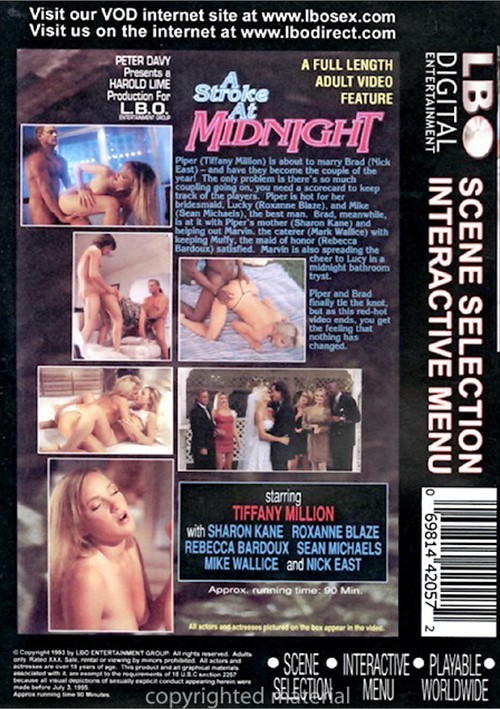