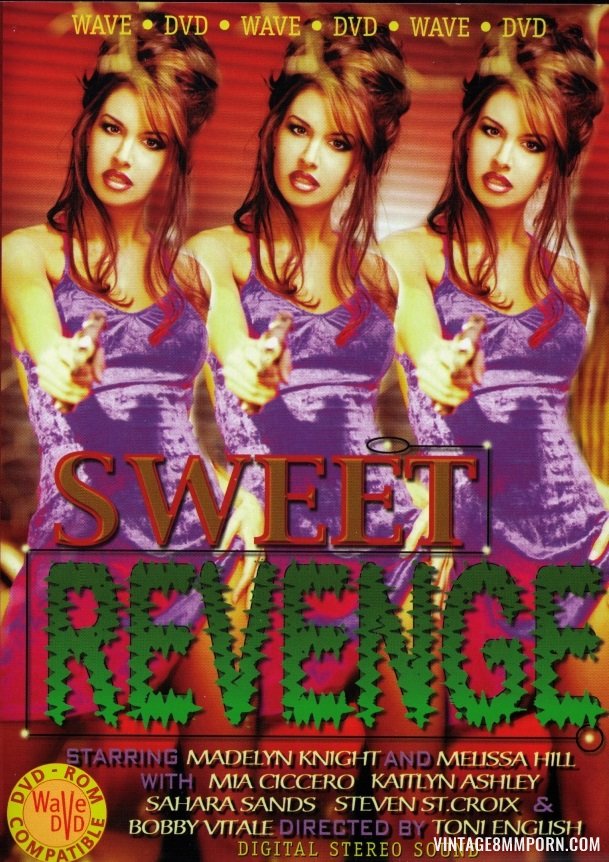 First, let me caution you not to be fooled by the cover image on the DVD, Madelyn Knight is not the star of this film, and there's no gunplay or violence in it. Directed by Toni English (no script writer is listed), the film really stars Steven St. Croix as Michael, an advertising executive, and Melissa Hill as Jenny, his live-in girlfriend (although one character refers to her as his wife early in the film).

The film opens with Michael having sex with his secretary Lorna (Mia Ciccero) at her place, staying out until Midnight when he returns home. Jenny has figured out that he's been cheating, and the next day she calls her three best friends, Karen (Kaitlyn Ashley), Blair (Madelyn Knight) and Maddie (Sahara Sands) to come over to talk to them about it. It's not explained how Jenny has found out for sure that Michael's been cheating, but she not only knows about Lorna she names four other women that she says he's been with. It's at this point that Karen reveals none of them ever liked Michael and that he's actually tried to have sex with each of them "at least one time or another", they just didn't want to tell her before.

Afterward, the ladies discuss what to do next. Karen offers to let Jenny come stay with her, but Jenny says that it was her apartment first (although it looks like a house, and a very nice one), so Michael is the one who needs to move out. And the ladies conspire to help her get revenge on him by taking away the three things that mean the most to him, his car, his job, and Jenny, in that order.

Now here comes the one strange part of this plan, as while the ladies are ruining Michael's life, they're also ensuring that he gets lots of hot sex while that's happening.

First, Blair calls Michael and invites him to come to her place after work for "a drink." When he arrives she promptly seduces him and while they're having sex, Jenny and Maddie steal his car and dump it in some remote area with the keys in the ignition and a sign in the window that says "Take me I'm yours," which some stranger eventually does.

Next, Maddie and Karen show up at Michael's office during the day, and proposition him and his coworker Daniel (Bobby Vitale) who was there with him. Michael has sex with Karen while Daniel has sex with Maddie right there in the office. At one point Blair sneaks the door open and takes several pictures with a polaroid camera (thankfully the men are so distracted that they don't hear or see the flash going off). Blair then takes the pictures to Jenny who, when Michael comes home the night, slips them into some folders in his briefcase.

Michael was preparing to pitch an advertising campaign to a major new potential client, who is described by his boss as being "a conservative midwestern company." At the meeting Michael passes out the folders, which are supposed to contain his ad pitch, to the two execs who are there and when they open them they find pictures of the sex and are outraged, and Michael is fired.

First, it's lucky that Jenny somehow knew exactly what the folders were for, and could correctly assume that Michael wouldn't double-check them before he handed them out at the meeting. Second, I always assumed that Daniel was fired too, and I thought that was kinda messed up for him, as he was innocent in the film (besides being dumb enough to have sex at work). But I noticed that it doesn't actually say that he was fired in this film, or that any of the pictures show him in them (we only see one, and it's just of Michael), so maybe he got off the hook?

Anyway, Michael returns home and tells Jenny that he just got fired (although he doesn't tell her exactly why, of course). He then whines about how after losing his car and his job he has nothing left but her, and swears that he loves her. Normally this would be the part where she dumps him (shoot, why even let him in the house? She could have changed the locks and left all of his stuff outside to really punish him) but, no, she pretends to be sympathetic and has sex with him first. Okay, I guess you could make the argument that she wanted to show him what he'd be losing? Whatever.

After they have hot sex, she hands him his shoes and tells him to get out. The final scene is sometime later she's in her living room with Karen, Blair, and Maddie again, all celebrating their victory. They start to talk about maybe they should form a business where they get revenge on cheating men (Karen suggests they call themselves "Karen's Angels"). Maddie mentions that Blair's boyfriend cheated on her, to Blair's surprise (wait, if Blaire has a boyfriend, then we've seen her cheat on him twice in this film, so where's her moral high ground?), implying that he is going to be their next target.

All in all, this is a satisfying film that still holds up 25 years later! Chacebook rating: FOUR STARS 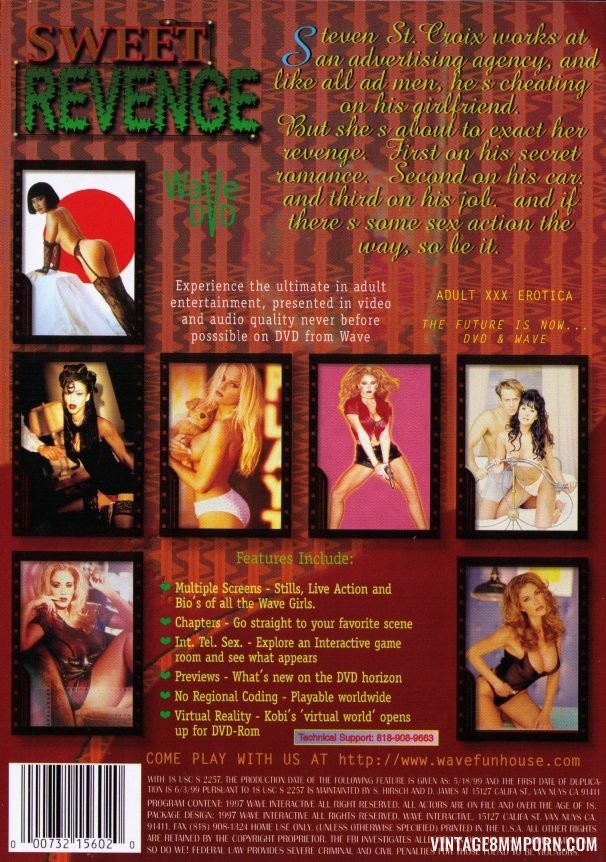