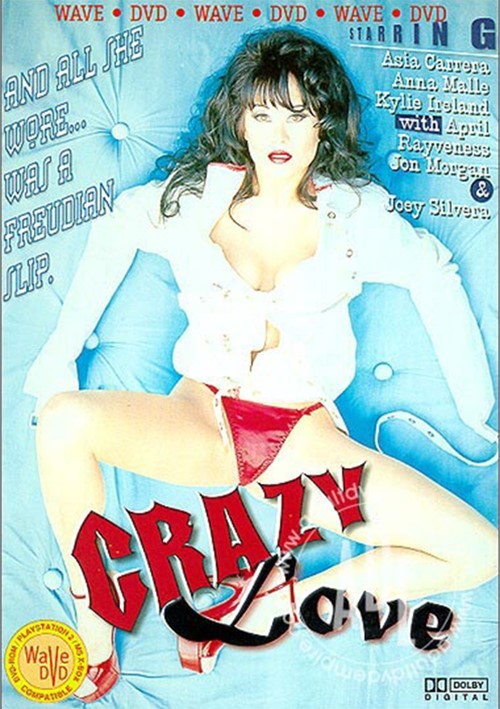 Released in 1995 from Wave Video, this movie stars Jonathan Morgan and Asia Carrera as Ellis and Maria (or Marie, she's referred to by both names) Silverman, a married couple who also write books together. Joey Silvera is their editor Don, and he's waiting for them to turn in the manuscript for the latest book, which is due to go to the printers in 7 days. But when they meet with him in his office they tell them they have writer's block. He sends them to a therapist, Dr. Janine Mills (Kylie Ireland) who also happens to be Don's ex-wife.

In Janine's office, the couple admits that the reason they haven't been able to write together is because Marie caught Ellis cheating on her with "her neighbor's teenage daughter" Ashley (April Adams), even though Ellis claims it's not his fault.

We then get two scenes of Ellis and Ashley together, presented as flashbacks. The first had Ellis laying out by his pool when Ashley just shows up and climbs on top of him and starts fucking him, which is how Ellis says it happened. Then we get another scene where Ellis invites Ashley over and comes on to her, which is the way Maria says it likely really happened.

But at their next meeting with Don in his office, they tell Don that they still have started the book, because now they're too busy working on repairing their relationship, which is more important to them. Don goes to Janine's office and yells at her for screwing up his clients.

But then we see Maria go to Don's house and come on to him, asking him to help her get revenge on Ellis. Don resists at first but gives in and they fuck on his pool table. Just as they finish, his girlfriend, no name given but she's played by Anna Malle walks in and catches them, and then angrily storms out.

Bud Lee is the director, and the credits list "Barbera and Lee" as the writers. Except I remember when I first saw this film I immediately recognized the plot as being stolen from an episode of an HBO series called DREAM ON.

In that series, Brian Benben starred as Martin Tupper, a book editor, and Wendy Malick, as his ex-wife, a therapist, whom he was still friendly with. In its fourth season, which aired a year before this film was made, there's an episode called
"Martin Tupper in Magnum Farce", which is written by Eileen Conn and Andrew Gordon (and directed by John Landis!). The episode is summarized HERE:

Donna Mills and Jake Steinfeld guest star as a romantic couple-turned writing duo who can’t finish their book because of relationship troubles stemming from his affair. Judith counsels them (a clever way to get her in on the action), before the episode attempts to turn itself into a sex farce in which Mills sleeps with Martin, and to get even, Steinfeld sleeps with Martin’s girlfriend, played by Playmate Heidi Sorenson.

It's literally the plot of this film. They even copy specific dialog. When Ellis is caught with Anna Malle he says to Maria "now we're even," but Maria counters "we were even when I fucked Don, now you're up one!", which is a line Donna Mills says to Jake Steinfeld in the TV show, after Steinfeld's character is caught banging Martin's girlfriend.

In any case, it's a good movie that I enjoy. Chacebook rating: FOUR STARS