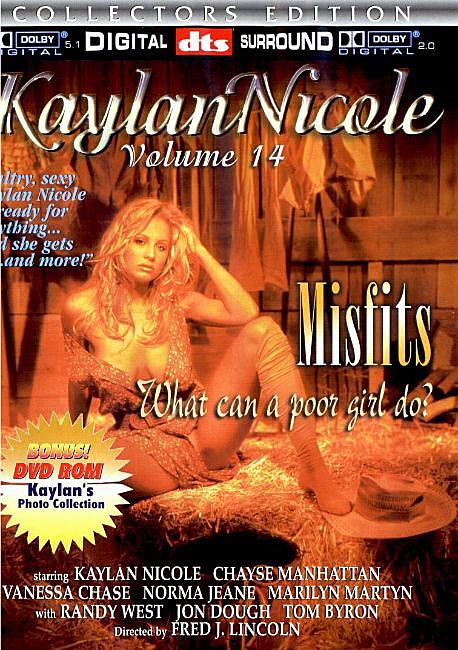 Kaylan plays...Kaylan, a recently married woman who, when this film begins, has just returned home from her honeymoon with her new husband George (played by Randy West, who is wasted in this non-sex role). She's meeting with an unnamed friend, played by Norma Jeane, telling her how much she missed her. It's clear that despite her new marital status Kaylan has no intention of remaining faithful as she and Norma begin to make love in a passionate sex scene that takes place on a couch. There's lots of deep kissing, fondling, and caressing involved, and the ladies go down on each other including a brief 69.

But just as they finish, George walks into the room, and is outraged, telling Kaylan that she can explain things to his attorney and then storms out. Oops.

The next scene is sometime later, where Kaylan's car has broken in the middle of nowhere, at someplace called Dry Gulch Trail. Jon Dough plays Cole, a mysterious cowboy who walks by, telling her that she needs a new engine, and offers to take her back to his cabin where his buddy Hank can give her a ride into town to get a mechanic. When they arrive at the cabin they see Hank (Tom Byron) fooling around on the porch with some woman (played by Vanessa Chase) and Cole leads Kaylan inside to wait with him until Hank is finished. Kaylan is surprised that Hank and the woman are just going to do it outside where anyone can see, but Cole points out that normally there isn't anyone else around.

Apparently they just let Kaylan stay overnight, as the scene is in the morning, where Kaylan, wearing nothing but a sexy long white t-shirt, joins Cole as he's watching his clothes outside in a well. She offers to wash his jeans for him, so he takes them off, getting buck naked, and then walks away, as Kaylan resolves to seduce Cole before the day is over. But the next scene has Kaylan trying to invite Cole to join her in this big tippee that's set up outside, but he says he's got work to do and leaves, confusing Kaylan who thinks he must be playing hard to get.

So I guess this implies that Kaylan and Cole live ever after? But will she be any happier (or more faithful) to him than she was to Geoge? Who knows? Who cares?

Okay the story, such as it is, is lame. This is one of those films that you'll just want to skip to the sex scenes, especially the ones with Kaylan Nicole in them, that's what makes this film worth watching.