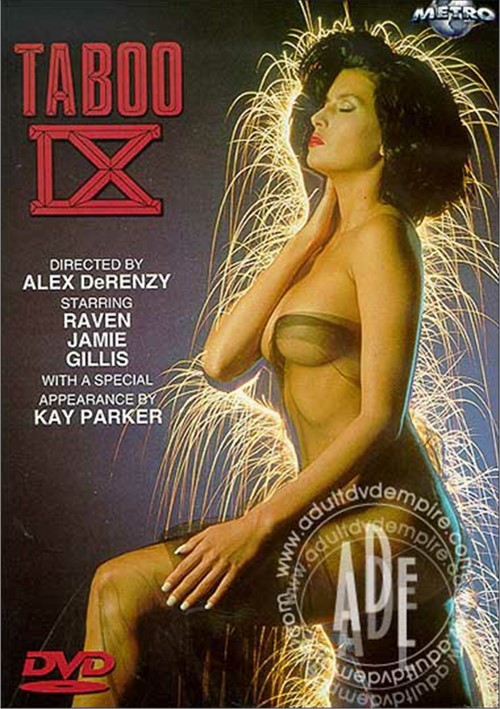 Okay, I know that when I reviewed Taboo 6 I said it was the final installment in the original saga, and that all future sequels were unconnected. But doing a little research I found out that I was technically wrong. Both Kay Parker and Jamie Gillis reprise their roles as Barbara Scott and Dr. Jeremy Lodge in this film, which was written by Henri Pachard and directed by Alex de Renzy and released in 1991. So of course I had to look it up to see this for myself.

Was it worth it? Read on and find out!


First, it starts off on a bad note in that we get another unnecessary retcon. In Taboo 4, Barbara Scott (shown only in archivable footage) is shown to be a patient of Jeremy's. We see him dictating notes of a session he had with her, where she discussed her affairs with both of her sons, Paul and then Jimmy. But in this film they're portrayed as never having met before. That's an unnecessary change.

Barbara is now remarried, to a man named George (Gino Colbert), but she's still feeling guilt over her past actions and has been secretly seeing a psychiatrist behind her husband's back, because she doesn't want him to know about it. Henri Pachard plays the psychiatrist, but he doesn't seem to be a very good one, as he sounds very frustrated with Barbara for still coming to see him. He actually argues with her, saying "you've been on the subject of your past for nearly a decade!" He says she's obsessed with this problem, and she's jerking him around, he can't help her. He tells her that "your family has grown and left on their own" and that she's happy in her marriage so she should be over this by now. But we see in some flashback scenes of Kay with Mike Ranger from Taboo 1, that Barbara is still thinking about how she had sex with Paul.

For the record, no scenes from Taboo 3 nor mention of her and Jimmy is made. But, still, from the doctor's comment, we can assume that both sons, who would be late-20's/early 30's by now are living their own happy lives. Pachard tells her he's made an appointment for her to see Dr. Lodge so he can help her.

Jeremy is now married to a woman named Alicia, played by Raven. We see that he still has memories of catching his first wife Alice in bed with his brother, and we see that scene in flashbacks from Taboo 4. We also see flashbacks of his ex-mistress Satana leaving him for a Black man in flashbacks from Taboo 5. At one point we also get another flashback from Taboo 4 of him having sex with his daughter Robin, but we don't get any mention of her or Naomi nor what's happened to them since we last saw them.

But poor Jeremy still has bad luck with his chosen partners. While he's at work, we see Alicia at their home having sex with a man named Charlie, who is played by Buck Adams (who appeared in Taboo 5 playing a man named Clay, if they'd used the same name he could have been the same character, in a bit of continuity). When Jeremy gets home that night, Raven's already asleep, he tries to wake her, but she doesn't get up, so he just goes to sleep next to her.

The next day he has another session with Barbara, where she finally admits to sex with Paul. After the session, he tells Jane to cancel the rest of his appointments that day and leaves early, to her surprise.

Jeremy then goes to a club where he finds his wife's female lover and pays her and another woman (played by "Flame") to have sex with him, which they do in some room, while he's dressed in women's lingerie and makeup. After they finish, the women get dressed and leave him sleeping on the bed, and remark that they're sure he'll be paying them for sex again in the future.

The final scene has Jeremy coming out of an adult video store, where Barbara happens to be walking by on the street. He asks her if he'll be seeing her in the office again soon, but she says she won't be seeing him anymore as she's decided to learn how to deal with her problems and her past on her own. Jeremy wishes her good luck, and they walk off in opposite directions. THE END

Okay, let's be clear, as far as following the story of the original characters, this film is completely unnecessary and can be skipped. I don't know how they convinced Kay to even appear in this film, she just must have needed an easy paycheck.

Other than being a completist for the story, if you're a fan of the original Taboo series, you do not need to waste your time with this film.