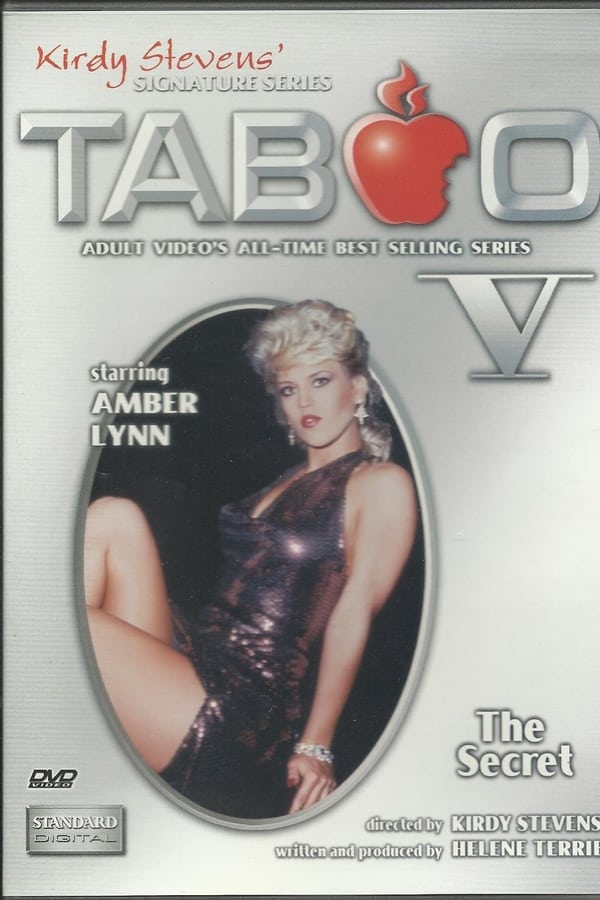 1986, one year after the release of Taboo 4, writer Helene Terrie and director Kirdy Stevens returned with this fifth installment in their Taboo film series.

Jamie Gillis and Karen Summer return as Dr. Jeremy Lodge and his daughter (who, unbeknownst to them both, is really his niece) Naomi. When we last saw him was living with his other daughter Robin, and had just had sex with her for the first time and recited wedding vows to her, with her promising to be his woman now.

Naomi was living with her mother and her uncle Billy (Jeremy's brother, and her secret real father) and had just had sex with Billy for the first time, calling him her soulmate.

Well, some time has passed since the events of that film, longer than a year at least, as Naomi was still an apparent teenager then, but here she expressly states that she's a 23-year-old woman now (this would have matched Summer's real age at the time of this film). Naomi is now married to Dalton (Joey Silvera), the director whose play she was starring in in the previous film. She mentions that she hasn't talked to her mother or "uncle Bill" since she got married, noting that Bill "freaked out" when he heard she was getting married.

Although we see them having sex in their bathroom early in the film, we see there's some conflict between them, as Dalton wants her to star in his newest play, in a role that he said he wrote for her. But she said she quit acting when they got married and just wants to be a wife and raise a family now, but he's less interested in that.

When Naomi catches Dalton fucking an actress (Porsche Lynn) who was auditioning for his play, she leaves him.

We don't know what's happened to Robin since the last film, but Jeremy is living alone now, in a new house. He has also a relationship with a much younger woman named Satana (played by 22-year-old Amber Lynn). This is a sugar baby/sugar daddy type of arrangement, as he pays for her rent and buys her clothes and other gifts. But it's not an emotionally satisfying arrangement for Jeremy, as he tries to act loving towards her but she's very cold to him, only interested in his money, and is dismissive of his attempts at getting close to her. When she's not with him she's go out to a club every night and is having an affair with a Black man named Flynn (Jonathan Younger), which she openly flaunts in front of Jeremy. Jeremy argues with her about this, trying to get her to commit to him, at one point even forcefully having sex with her, but she still mocks his sexual prowess and even engages in a threesome with Flynn and another Black man (played by Billy Dee). 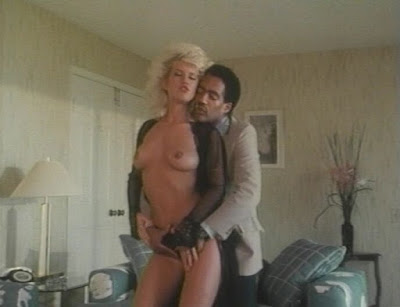 I'm sure for some viewers at the time, interracial sex was an even bigger "taboo" than incest...

Naomi moves in with Jeremy. She ends up having sex with his pool man (Buck Adams, Amber Lynn's brother), but becomes disgusting by his womanizing attitude. Eventually, this leads to her and Jeremy alone, commiserating over their lack of luck in love. Naomi then proposes that she and Jeremy become lovers. Jeremy tries to reject the idea, but she reveals that she knows about him and Robin, saying "she was good for you while it lasted. And I will be too." And then they make passionate love. 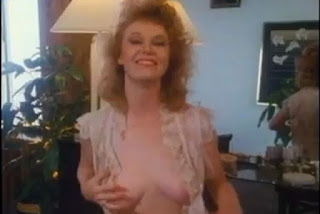 Now, while this closes their story, this isn't the only main plot of the film. Colleen Brennan stars as a woman named Mary, she's a widow living with her son Sean (Shone Taylor). For some time now she's been suffering from a kind of Multiple Personality Disorder, where she regularly takes on the personality of a woman named Maureen, who is basically a nymphomanic. Mary doesn't know what's going on, she just knows that she blacks out and when she comes to, she's usually waking up in bed with some strange man who calls her Maureen. Mary is one of Jeremy's patients (the only one we see in this film), and he's trying to help her.

Here's the fun part of this story, one of the men we see Mary hook up with is Junior McBride! 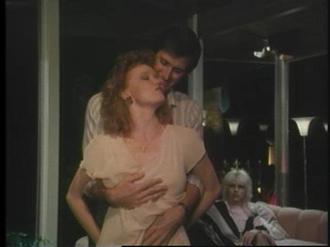 That's right, Kevin James appears as Junior in one scene. He knows Mary, says she's a friend of his mother's, and is aware of her affliction and plans to take advantage of it. He brings a woman named Donna (Lorrie Lovett) over to Mary's house one night while he knows Sean is out. He starts aggressively groping Mary and calling her Maureen and this triggers the personality switch and the three of them have sex.

So that's the last we see of Junior McBride, still carrying on his hedonistic lifestyle. Kevin James would die, I believe of Cancer, four years later at age 35. R.I.P.

Throughout the film we see Mary trying to control herself, a couple of times at home her Maureen personality comes out and she flirts with Sean's friends and even Sean himself. Sean is confused and tries to resist his mother. But in the final scene of the film he gives in to temptation, sneaking into her bedroom at night and initiating sex, in a scene that's a reversal of how Barbara snuck into Paul's bedroom the first time they had sex in Taboo 1.

After they finish Sean kisses his mother and calls her Maureen, but she says her name is Mary and that "I don't need Maureen anymore." THE END

So I guess the implication is that Mary's disorder was brought on by grief and lust for her son, and now that that's been consummated, she's cured? Okay.

Or they could have dropped that storyline altogether, and just focused on the Jeremy and Naomi relationship. It's too bad they couldn't have brought back the rest of the Lodge family from Taboo 4, I would have liked to have seen them deal with the truth of Naomi's parentage coming out, and maybe Robin seducing Uncle Billy in revenge while Naomi goes after Jeremy. Oh well, what could have been...

As it stands, while a decent film, this is the weakest of the franchise so far. I think at this point Terrie and Stevens were running out of steam, probably just cranking these films out for money. I mean I can just look at how they took 2 years in between Taboo 1 and Taboo 2 and then Taboo 2 and Taboo 3, but with Taboo 4 and 5 it's just 1 year, so they're coming faster, and that shows in the dwindling quality.

It's still well-shot and well-acted, no blame on the cast, but this is otherwise just an average film. Chacebook rating: THREE STARS