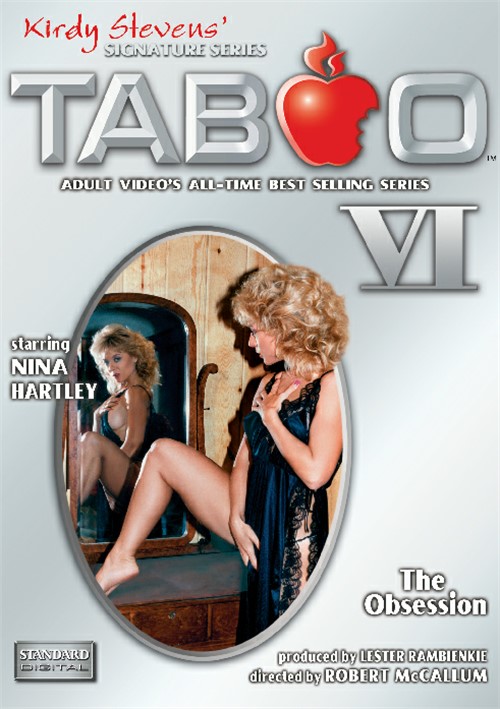 Joey Silvera returns as Dalton, a character he first played in Taboo 4 and then reprised in Taboo 5. Dalton was a director and playwright, who directed a play that Naomi and Robin Lodge performed in, and then he would marry Naomi. But last we saw of him Naomi had left him after she caught him cheating on her with an actress.

Taking a supporting character from one film and expanding their background to make them the lead in a new film is what this franchise did back in Taboo 2, so that's not a bad idea, but unfortunately the story they came up with for this film is ridiculous.

The one and only Nina Hartley stars as Dalton's twin sister Doreen. She's seemingly happily married to a man named Roger (Scott Irish), but is having lustful thoughts for her brother.

Okay, on the face of it, that can work as a plot for this series, if they just played it straight. But, for some reason, they choose to have Doreen's lust manifest in the form of a telepathic connection.

That's right, this film takes the franchise in a supernatural direction. Or is that science fiction? I don't know, whatever.

Rich comes home while she's sleeping and picks up the tape recorder and plays it. When he hears her talking about Dalton, he gets angry, smashes the tape and leaves. Doreen goes back to the psychic and says she's decided to go see Dalton and declare her love for him. The psychic warns her that it won't be easy, not the least of which because Dalton has a fiance, but that also he's been fighting these same feelings but is stronger at doing so. This doesn't deter Doreen and she drives out to see Dalton, who lives in a house up in the mountains.

Britt Morgan plays Dalton's fiance Michelle, who lives with him. They both greet Doreen when she arrives, and Doreen and Michelle immediately don't get along, as Doreen makes some snide remarks about all the other women Dalton's been with. She also gives Dalton a big kiss right on the lips and grabs his ass. Daltons asks Doreen to try to be nice, saying he loves Michelle and wants to have babies with her. Doreen promises to behave. That night she comes into their bedroom in a skimpy nightie, and again kisses Dalton on the lips. Michelle can't believe that Doreen would dress like that in front of her brother, but Dalton tries to insist that it's innocent. The two of them have sex, while Doreen secretly watches them from the doorway.

The next day Doreen somehow manages to convince Dalton and Michelle to come see the psychic with her. And they have a ceremony where they old hands around a crystal ball which shows Dalton that he and Doreen are fated to be together. And without saying a word the psychic gets up and just takes Michelle away, leaving Doreen and Dalton at the table kissing. Then they're back at Dalton's place and finally have sex. THE END.

Again, there is a good plot idea hidden in here. A woman determines that she's in love with her twin brother, and goes to live with him and works to undermine his engagement so she can have him to herself. Based on Helene Terrie's previous work, I think with proper time she could have developed this into a good script. But it feels like this film was just rushed together to capitalize on the Taboo name, and adding the psychic plotline was completely unnecessary.

Can I say anything good about it? Sure? Nina Hartley! She's a legend for a reason, and her performances are always good. She was young and in great shape here (there are several scenes of her doing aerobics - that was a big thing in the 1980's), so she's at peak hotness. The other sex scenes are fine, I particularly like the one with Tiffany Storm, and Krista Lane has a sex scene with Frank James, who plays her character's husband.

But this is not a high mark for this series to go out on. I'll generously give it a Chacebook rating of THREE STARS.

And as I said this pretty much is the finale to the story that involves the Scott, McBride, and Lodge families (plus whatever Dalton and Doreen's last name is, that's never revealed). But, really, this saga should have ended with Taboo 4, if not Taboo 3. 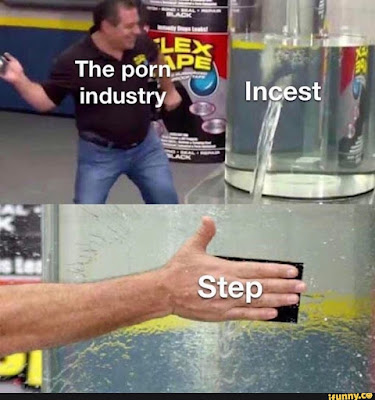